The Golden Trezzini competition was recently held at the State Hermitage Museum Official Hotel in St. Petersburg. The Awards preserve the most artistically valuable architectural, design, restoration, scenography and exhibition projects as museum objects. Nominees from around the world are invited to participate. They include developers and designers, architects and restorers, designers and decorators, theatre artists, as well as students at architecture universities and departments.

The works by winners of the Golden Trezzini were selected by more than 200 experts from 32 countries. They will then go to the museum collection and will be shown at the annual “Architecture as Art” exhibition. Mikhail Piotrovsky, President of the World Club of Petersburgers and General Director of the State Hermitage, is the Honorary Chairman of the International Council of the Awards.

Borenius Russia has been an independent auditor of the competition for several years, and this year it checked and confirmed the accuracy of the voting results. 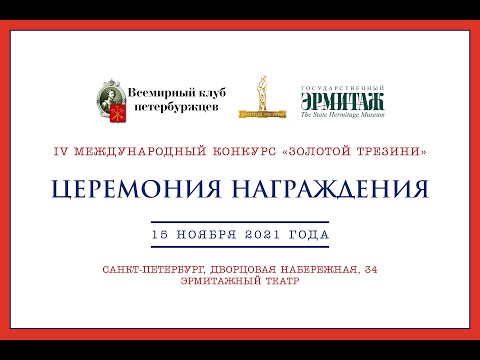